Anekantvada:- As perceived by me 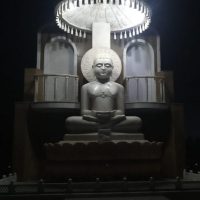 This video is also very helpful for beginners… 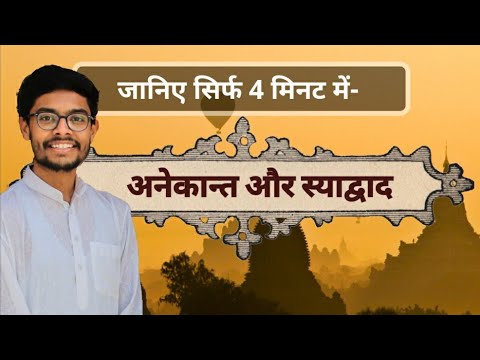 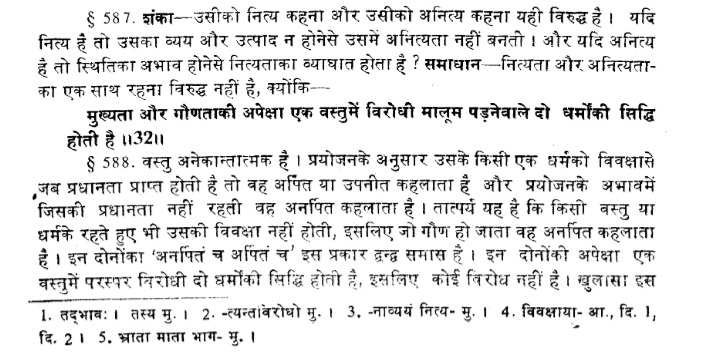 I had discussed this concept with someone. I’m copy pasting that conversation here.

However, one place where I feel you misunderstood was in your understanding of Anekantvaad. According to your article, you mentioned that “The Jains would simply say, in line with the Anekanta-vada philosophy, different people have different truths in different times and different places, as per the level of their psychological evolution.”

I would, humbly, like to correct the definition of Ankeaantvaad. Anekaantvaad has come into picture because language is not capable enough to describe anything in full.

Siddh Jeev (i.e. those who have attained Keval Gyan) can view any and every object/thing/concept in full. But when you put ideas into words, you cannot always represent it in full because of the limitation of language.

Hence Anekaantvaad comes into picture – and while talking about any concept, it uses a “context” or a “frame of reference”.

For example, Dravya is both permanent and temporary. This is a self contradicting statement (how can something be both permanent AND temporary?) But when talked in terms of “context” – it clarifies the notion.

Dravya is permanent in terms of its composition - i.e. the collection of qualities (गुण) that it has. But it is temporary in terms of its state (पर्याय). Because its पर्याय keeps changing every single sub-second.

Anekaantvaad is putting a “context” or a “frame of reference” when talking about a concept. It is not about “different truths” from the viewpoints of “different people” in “different times and places”. It is about “context” in which a sentence/concept is being talked about. That’s it.