Can everyone share their thoughts on this topic. I am getting impression and understanding that Jain scriptures believe in flat earth theory which runs in contradiction today’s established science that earth is a spherical planet.

Me maanta hu ki earth is flat, but when i see all this videos and others things it become some unbalaced view for me.
Kyuki bhot se tathys ese dete he wo…ki ham majboor ho jatevhe
Can u please tell me whats all logic behind it

it very difficult to understand and provide evidence for flat earth…my hope is we do not fully understand Jain scriptures on these subjects and makes an assumptions. Anyways is very complex topics so would like to hear more from you all people.

I heard that, one of the society, jo ye kehti heki earth flat he, i.e.flat earth society.and it gives many facts also in respect of flat earth.like, one lake in USA, toh usne NASA se pucha ki ye lake ulti girna chahiye agar earth oval he toh.
And he that person openly said that, “earth is oval” this is fake and live video release by NASA.

gravity and size of earth makes it look flat.

As the earth is spherical and it is not possible to show a sphere in 2 dimensions, so the world map shown to us is not accurate, it is only to give us an approx idea.(science accepts this). You will get the good idea of earth, when you will see a globe. In map, america and china appears to be in two opposite direction, but on a globe they are not. What happen when you will go straight north from India (on map there is nothing above Russia so you may think that after crossing Russia we will again reach India) but no, on going north from India, you will reach top of canada) 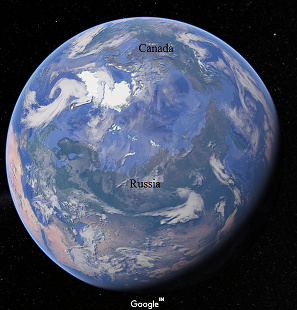 When you will observe the globe, you will notice that they leave one portion of earth totally blank, 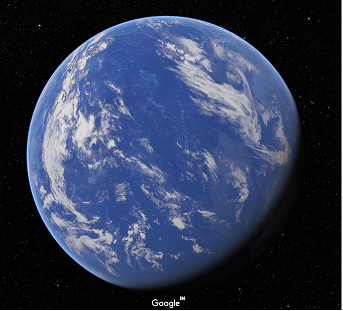 totally blank with no land, they say its all water there and this portion is never shown on 2d map. This is the portion where nobody goes, no aircraft, no ship - the question is does this portion really exist?

Earth is not a perfect sphere first of all. Science and Geography today describes earth as an oblate spheroid. It is narrower at the north and south poles and more wide and stretched at the equator.

Any reasonable person would know full well that Earth is not flat. Now why would Jain geography state it as flat when it is round in fact makes for some curiosity.

Most of our space satellites and missile launches only work because they take the correct mathematical calculations of the round Earth.

One thing however is for sure that the other half or the dark side of the Moon is never visible to us which Jain scriptures state to be the residence of Astronomical demigods. In fact NASA never landed on the moon. All of it was fake just to show the world that they are ahead in space race.

Jainism also states that there are 2 suns and 2 moons in Jambudweep but we are only surrounded by 1 Sun and 1 Moon. No one knows why?

However one thing even science agrees on is that there are many other places in the universe like our Earth where people like us live. They could be the various other Kshetras that Jain agams state clearly.

Recently the concept of Black holes have been explored more deeply. It is a very in depth phenomenon. I do study more about it in my free time. It is said that entire galaxies revolve around it.

They could well be what Jain agams state to be Meru Mountains. But they don’t look like Meru’s and can never been seen with the naked eyes.

We can only have faith that it is indeed correct but something has happened due to the Hundaavasarpini pancham kaal which has rendered it incorrect.

U r right, but this thing not gonna change our belife. We all are for sure AATMA, aur hum isse swikaar le. Yahi sabse bada proof hoga.

Agreed. It does not change the belief.

In fact NASA never landed on the moon. All of it was fake just to show the world that they are ahead in space race. 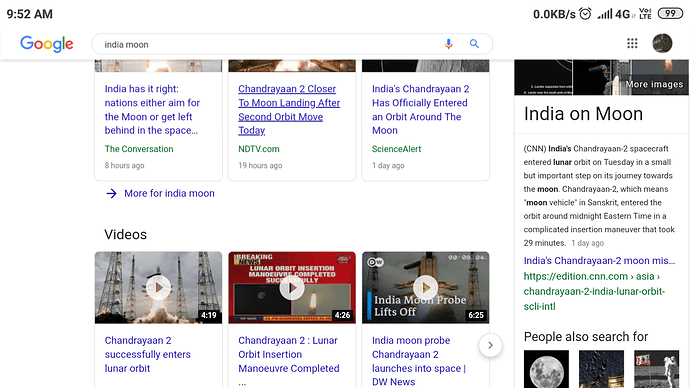 What also proves that NASA was lying was the fact that even if we believe for once that their moon landing was real then why didn’t they go back to the moon again within the next 50 years or so? NASA staged all of it so well that many around the world actually believe that they did land on the moon!

I meant to say that (India) ISRO also landed on moon.

Ok. Yes that they did. Unmanned missions have landed successfully.

As per Jainism (Triloksaar), Moon is 50 Lac KM away but as per NASA it is only 3.84 Lac KM.
That’s not the real moon where they are landing. The real moon also emits cool rays and have its own light, whereas this moon emits nothing.

India also landed on moon recently. If it was lie, China and Pakistan would not lag behind to bring that to limelight.

Read our geography in deep. It answers everything. Science doesn’t explain our questions. But we do answer them.

As per Jainism (Triloksaar), Moon is 50 Lac KM away

Do you have the original text regarding this? In case If yes, please share.