We read so many articles today on how milk production has become an industry. How cows are genetically treated, how they are separated from calves, and how they are treated once they are past their age etc. Question is - is milk consumption (at least from commercial companies like Amul, Nandini, Milky Mist etc.) even vegetarian today? Should we stop consuming milk altogether? Are there any organic milk production companies in India today?

What are people’s general thoughts on milk consumption in today’s age?

Too much milk dairy consumption is not good. Industrial milk production definitely harms the animals, hence milk should be avoided as you are directly contributing to pain and suffering of the animal. Use it at minimum as possible… calf should not be separated from mother cow as it induces anxiety in animal… if you can find any dairy farm which are humane then milk should be ok…

Although a lot has been discussed on this topic in the other thread as well, sharing a link which will give us a different perspective -

These kind of initiatives shall solve the problem to a great extent.

I believe we should stop consuming milk as it is commercial activity only now a days. Calves are killed if they are of no use , we can see the connection of beef , leather production with milk so it is better to leave milk. There are many different options one can try like we have options of root vegetables.
Search for vegan lifestyle.

These kind of initiatives shall solve the problem to a great extent.

True. If this can be incorporated by many more big NGOs, then it will be a better solution than moving away from dairy products. Alternatives are fine, but not at the cost of subversion of our cultural richness.
Extending the non-violence methods in the sector is always a better option than a departure from them (in this case, the dairy sector). If we totally disappear from such sectors, the violent practices will only tend to increase more rapidly.
On a practical note, regaining some small percentage of the industry can be a primary objective.

First off, as per Jainism, milk consumption is absolutely not अभक्ष्य - in fact, it was one of the primary sources for मुनि आहार. Also, I agree that milk (especially buffalos) is highly nutritious, but there’s still a lot to consider.

There’s no issue specific to milk as a drink, but the procurement & treatment of the animal is not favorable in most cases.

Unlike old times, the commercialization of the dairy industry does create an impact with an inclination towards economic benefits. First, more the milk, more will be the profits which result in unnatural procurement. Second, once the cattle stop farming dairy, they are sent out to slaughterhouse for extra bucks. 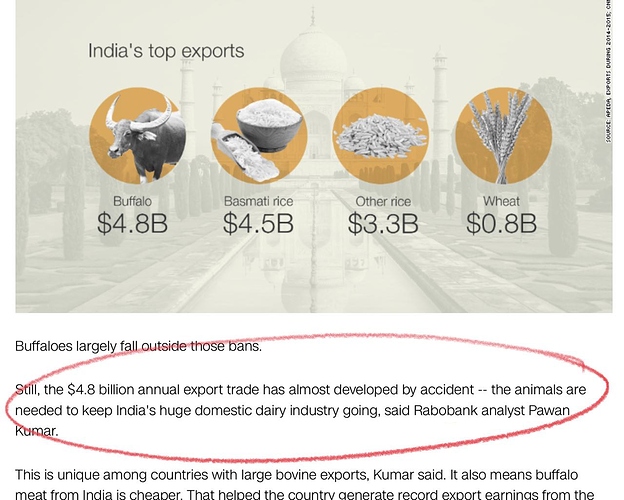 These kinds of initiatives shall solve the problem to a great extent.

It’s always good to have such initiatives or NGOs, but even the need to have them shows that the counterpart is much stronger just like NGOs for climatic change, NGOs for child abuse, NGOs for domestic violence, NGOs for animal cruelty, NGOs for poverty, etc.

but not at the cost of subversion of our cultural richness.

Agreed, cultural richness should never be compromised, but with the change in circumstances, we have to adapt to sustain or improve.

Previously, Jinwani was mostly handwritten with proper respect, and with the invention of printers, now the Jinwavi is printed. There’s undoubtedly a lack of respect in the printing process, packaging, delivery, etc., and in fact, the majority was against such steps in the initial times. It should also be considered an example of “subversion of our cultural richness” but the positive side that so many people have access to it has high weightage, so its good to have that change. Moving forward, having the digitalization of Jinwani has challenges to overcome but much higher benefits.

In short, the question is not about भक्ष्य or अभक्ष्य (of course, milk is भक्ष्य) but as per current circumstances, “Should we drink milk or not?” is something to brainstorm.

With that being said - again, as per Jainism, milk consumption is absolutely not अभक्ष्य - in fact, it was one of the primary sources for मुनि आहार and highly nutritious.