Now don’t go here and there to search what some typical words of our scriptures are called in english. Get moat of them in the below given Glossary of Moksh Marg Prakashak (English Translation) by Br.Hemchand Ji ‘Hem’, Bhopal.

of purity leading to self-realization- samyagdarshan)

Adho-loka (The lower world, the hells where infernal beings live)

Akashaya (Free from passion or desire)

Antar-muhurta (A period of upto or within 48 minutes)

Anumodana (Approving some act being done by others)

th Gunasthana - meditation state of a monk in which his

continence is not fouled by carelessness)

Arati (Disliking or displeasure in regard to sense activities)

Asamjni (Without mind, irrational beings not endowed with faculty of reasoning)

Atmanubhava (State of self-realization, ‘upayoga’ engrossed in self-soul or abiding in one’s own nature)

Aupadhika (Imposed dispositions, unnatural functioning due to rise of karmas)

Avagraha (Mere awareness of an object)

Avali (Twinkling of an eye)

Bhava parivartana (Cycle of incarnation, i.e, wandering repeatedly in all states of

Bhavya (A self with capacity for liberation, capable soul)

from their minimum to maximum degrees of intensity)

Bhogabhumi (Land or realm of enjoyment)

Brahmachari (celibate, one who observes the vow of celibacy)

Brahma (Creator of universe as per Vaidik culture)

Chaityalaya (Temple where Jina’s idol is installed for worship & adoration)

Charananuyoga (Ethics, scriptures dealing with the conventional conduct of householders and monks)

Dana-antaraya (A type of obstructing karma which hinders charity)

Dravya-mana (Material, mind, an internal sense which acts as instrumental cause in thinking)

Ekendriya (One-sensed being having sense of touch only, a synonym for sthavara - immobile beings)

the preachings of omniscient, Tirthankara; first monk disciple of Tirthankara)

Gati(Birth, condition of existence, transit from one body to another, destiny)

Hundavasarpini (A period of ‘avasarpini’ i.e., period of downfall in which extraordinary events may take

Irya-patha (Influx of karmas caused by vibrations without passions).

Jain, Jaina (Follower of Jina, one who has ‘samyak-darshan’)

Jina (The victor, conqueror; a synonym for Tirthankara)

Jina-bimb (Image of a Jina)

Jnana chetana (Consciousness, realizing consciousness only to be the self)

Kala-parivartana (The cycle of time, i.e. wandering repeatedly in all moments of all aeons by taking birth

Kalpa (Cycle of 2 aeons, celestial abodes below the graiveyakas heavens)

Karma-bhumi (Land or realm of action)

Karma-chetana (Knowing oneself to be the doer of actions)

Kaya-klesha (Mortification of the body)

Karana (Cause, instrumental or substantial)

Karita (Getting a thing done by others )

Karman-Vargana (Molecules of karmic matter which fill the universe)

Kayotsarga (Abandonment of attachment with body, standing or sitting posture of meditation)

Krata (Performed by oneself)

Kshapak (The destroyer of delusion)

Kshapak-shreni (Ladder of destruction of karmas)

Kshetra-Parivartana (The cycle of space i.e. wandering infinite times by taking birth and dying on all space

points of this universe sequentially)

destroyed permanently for ever)

Labhantaraya (Obstructive karma of gain, i.e., hindrance to the attainment of something)

Mahavrata (The five great vows of a monk)

Manahparyaya jnana (Telepathy, direct knowledge of thought forms of others without the aid of mind or

Moksha Marga (The path of liberation)

Mulguna (The eight basic restraints of a Jaina layman)

Nidana-salya (The sting of desire for enjoyment)

Nimitta-naimittika (Cause and effect relationship)

‘Om’ (A synonym for five holy souls, sacred sound formed by combining the first syllable of each word in

Palya, Palyopama (Many many years period, innumerable years, a measure of max. Iifetime)

Para-dravya-kshetra-kala-bhava~ (The being or substance-location or space-time or state, quality of

disposition respectively of other objects or substances)

Paramatma (The omniscient, the liberated soul)

Parishahajaya (Victory over the afflictions)

Prabhavana (Propagation of the teachinga of Jina)

Pramatta-Samyata (The ascetic of the sixth spiritual stage)

Pratyakhyana (Renunciation of certain foods, indulgences or activities for a specified period)

Pratyakhyanavarana/niya (The passions which hinder and disturb complete restraint)

Prathivi-kayika (Earth bodies i.e. jiuas having earth as their body)

Puranas (Sacred texts dealing with the lives of Tirthankaras etc.)

Shurta-kevali (Omniscient in the scriptures)

Samavasarana (Holy assembly of the Jina)

Samudghata (Expansion or emanation of the spatial units of the soul)

Sarvajna (The all knowing, the omniscient)

Sthapana Nikshepa (Representation of one thing by another)

Svabhava (Own nature, intrinsic nature, pure manifestation of an attribute)

Svabhava-sthita (Established in one’s own nature)

Syadvada (The doctrine of relative prediction; narrating something with respect to some particular

Syat (In some respect; angle or viewpoint)

Taijas-sharira (the luminous or electric body)

Tattvartha (The 9 real elements wih their qualities, regarded as objects of faith for a Jaina)

Tirtha (Ford, the path of Jaina-practice)

Tirtha-kshetra (A place where monks ‘arhatas’ have attained ‘moksha’ -liberation)

Tirthankara (Ford-makers, the Lord of the three worlds, the omniscient spiritual teachers of Jainas)

Tirthankara-prakriti (Karmas that determine the body of a Tirthankara)

Udvelana (Regaining back status of karmas)

Upagoohana (Protecting a fellow Jaina by ignoring his mistakes & weaknesses)

Upasaka (A Jain layman, a synonym for shravaka)

Vaiyavritti (Respectful service to the saints)

Vigrahagati (Transit from one body to another)

Vitaraga (Free from passion & attachment, etc., an epithet of an Arhanta)

If you have other words, please comment below so we can add them in our Glossary.

I think we should write Hindi words in Hindi language only. What do you think? The searching will be easier.

It can be done, but everyone don’t have hindi keyboard or font in their phone/computer.

Yeah bhaiya! We’ll try to do that.

Okay. Let me write the words in Hindi too.

Thanks bhaiya for the appreciation.

Is it possible to get the word/excel file of this PDF. We will make an autocomplete searchable dictionary.

That would be great. I have sent him a mail asking for the same. Will let you know soon.

Have tried converting the document online to word. Pl see if it serves your purpose. I am not able to get the original copy of the document in .doc format. 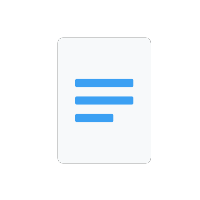 It’s better than the PDF file. Thanks for the efforts.

But from the programming point of view, we can’t segregate the keyword and definition precisely as the file is not following a common standard like some definitions have multiple lines etc.

We have to go through the manual route where all the content will be added separately. We have that in our to list by the way

Let’s see if @ishan can find us a solution.

But some words have different literal meaning and different internal meaning ( ex- Abhavya (Incapable to attain liberation, an incapable soul) , But It should be as: soul whose liberation capability is not visible in near future ) correct me if i am wrong , but I think this should be considered before converting Hindi text to English .

soul whose liberation capability is not visible in near future

Not “in near future”. That soul can’t attain liberation anytime. Incapable soul.