How can Arihant Bhagwan live without food?

One of the10 extraordinary facts about Kevalgyan is that Bhagwan doesn’t eat after getting kevalgyan. How can they live for crores of years without food, as the body is still there? From where they get the energy? 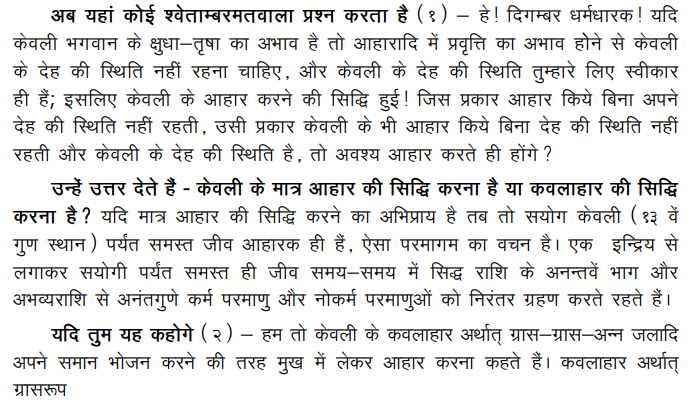 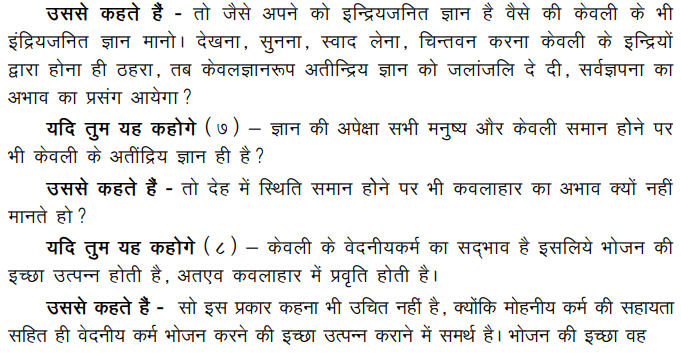 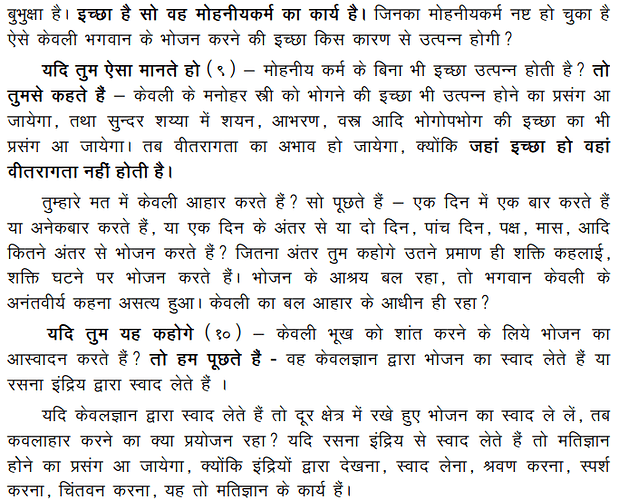 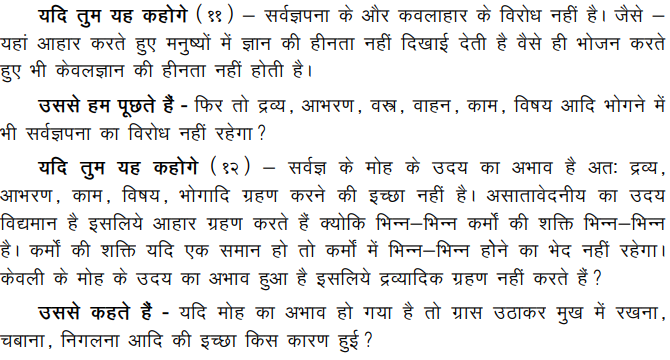 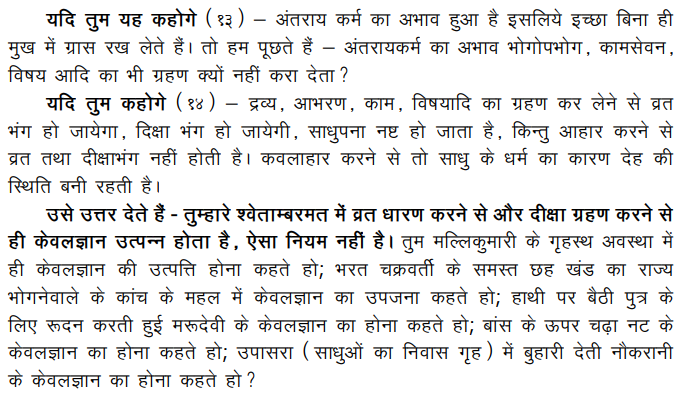 Can we say Kevali Bhagwan in eating his karmas and from there they are getting the energy? Afterall Jainism also believes karmas as particles too. Can we also say वो अपने शरीर में stored ऊर्जा का इस्तेमाल कर रहे है.? Like we can also live for some days without food, but our body weight will reduce.

If the answer to both the questions is “Yes”, it does compliance with “Mass-energy equivalence” i.e. E = mc^2

Also when I think why a common man “of Lord Mahavira time” will die in few days without food, whereas Lord Mahavira went for several years without food, My mind says, he has destroyed his Ghatiya karmas, but also his physical activity was very less too. Like he was travelling in the sky. I think there was some external force which was driving him, like we say it was they punya of the people which was driving him.

What do you think am I thinking in the right direction?

No dear… You are going in wrong direction now…
Not anything and everything can be mixed and linked to eachother by establishing a cause-effect relationship between them.
Even though, in jain siddhant texts there exists karma theory for the explanation of modifications of the conscious soul and matter, they are just accepted as ‘gyapak hetu’. It is wrong to understand them as ‘karak hetu’.
“जिनागम में भिन्न द्रव्यों में कर्ता-कर्म सबंध नहीं स्वीकारा है, उनमें मात्र निमित्त - नैमित्तिक संबंध ही संभव है (परन्तु वह भी योग्य नियमों के घटित होने पर ही)”

The other theories you are putting fails on many grounds, so please avoid simply mixing all together different concepts.

Kevali Bhagwan in eating his karmas and from there they are getting the energy? Afterall Jainism also believes karmas as particles too. Can we also say that Kevali Bhagwaan is also eating their body in order to get the energy?

Some carefulness with language will be appreciated. If the translation in English results in the above-mentioned type, I would suggest you that in those cases We can write in Hindi.

In forum there exist a Freedom of discussion/thought/speech/writing…, but it should be used wisely.

Some carefulness with language will be appreciated. If the translation in English results in the above-mentioned type, I would suggest you that in those cases you please write in Hindi.

In forum there exist a Freedom of discussion/thought/speech/writing…, but it should be used wisely.

Yes, now I understand how it feels after reading it. So I am rewriting it. 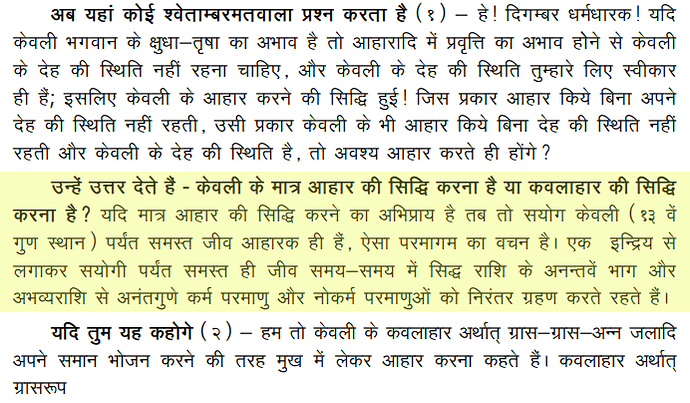 @Sulabh Can you please tell me what the highlighted part means?

I may be wrong, but I don’t agree on that. If we take the example of “Sukhmal Muni” he was not having any “Raag” to his body as he was getting eaten by wolfs. But then also he survived for 3 days as he was using the energy stored in his body.

Moreover, “using the energy” and “wanting to use to energy” are 2 different things.

Thanks to @shubham1993jain @Chinmay @Sulabh for this discussion, learned a lot of things from here. And Shubham try to connect Science with Jainism, much appreciated. It would be very interesting to also understand scientific principles behind our philosophy.
And please use a bit easier version of Hindi if possible so people like me also could understand easily if we do not have very sound background of Jain Grammar.

Thank You Very Much

The discussion is only helpful when you have interest in that. It is your interest which will help you learn more.
My some other thoughts about Science and Jainism here

You are doing great brother, keep going, it is the need of the hour to understand things in scientific manner too along with religious faith. You would like you read these articles and do contemplate on what the brain is : 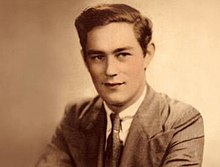 Henry Gustav Molaison (February 26, 1926 – December 2, 2008), known widely as H.M., was an American memory disorder patient who had a bilateral medial temporal lobectomy to surgically resect the anterior two thirds of his hippocampi, parahippocampal cortices, entorhinal cortices, piriform cortices, and amygdalae in an attempt to cure his epilepsy. Although the surgery was partially successful in controlling his epilepsy, a severe side effect was that he became unable to form new memories. The ... 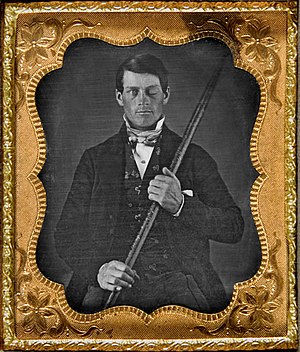 Phineas P. Gage (1823–1860) was an American railroad construction foreman remembered for his improbable[B1]:19 survival of an accident in which a large iron rod was driven completely through his head, destroying much of his brain's left frontal lobe, and for that injury's reported effects on his personality and behavior over the remaining 12 years of his life‍—‌effects sufficiently profound (for a time at least) that friends saw him as "no longer Gage." [H]:14 Long known as the "American Crow...

S.M., also sometimes referred to as SM-046, is a female patient first described in 1994 who has had exclusive and complete bilateral amygdala destruction since late childhood as a consequence of an extremely rare genetic condition known as Urbach–Wiethe disease. S.M. is notable in that, because of this damage, she has little to no capacity to experience fear in her life, a characteristic which has resulted in her being dubbed by the media as the "woman with no fear". S.M. has been studied e Exper...

These kinds of thing literally boost my confidence about how little reliable our own thinking process is…haha and there is somethings way beyond we could understand or ever perceive by just thinking in logical and rational manner in the brain. Reasons we give for what we like are always biased by our desires. I bet anything could be proved right or wrong using brain but soul is even beyond proving anything and hence Lord Mahaveera prevails.

@Chinmay
Thanks a lot for sharing the reference from Ratnakrand Srvakachar. It really helped me to get some of my doubts cleared.

@Sulabh Thank you for putting so many efforts for trying to explain me. Not only for this thread, but also for all threads.

Can we also say that Kevali Bhagwaan is also eating their body in order to get the energy? 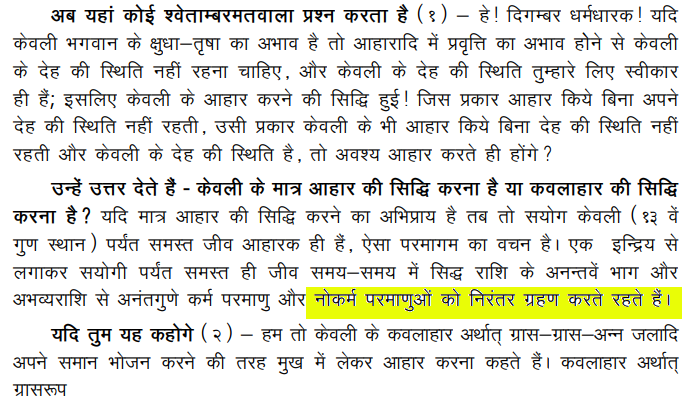 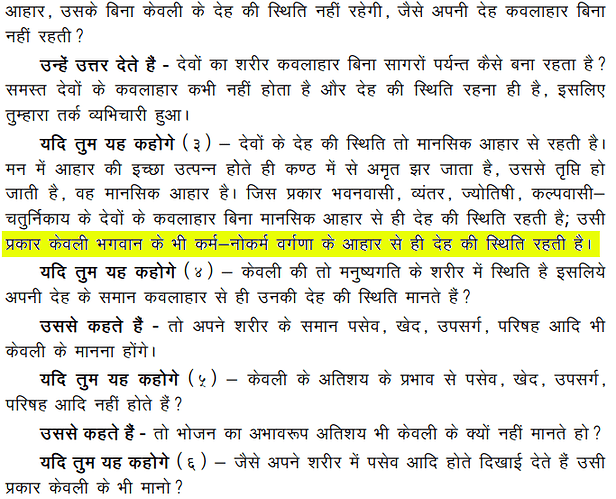 How can Arihant Bhagwan live without food? 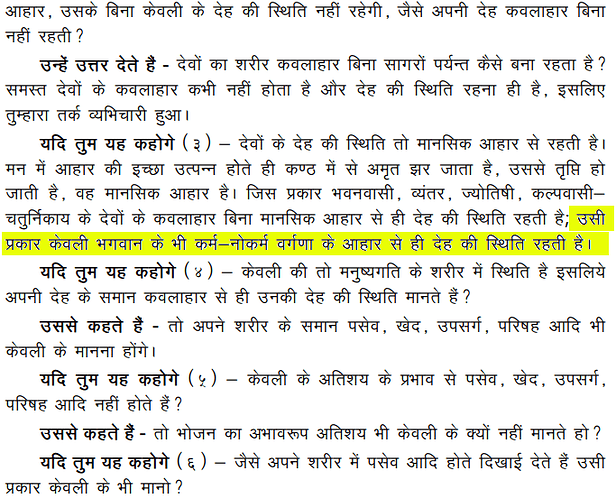